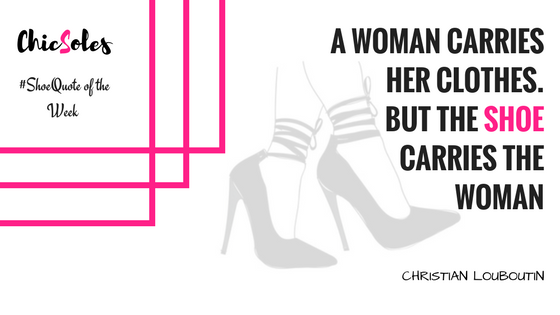 People, including some females, often wonder why some others bother going through the stress of “climbing” on a pair of shoes, when they could easily slip into a pair of just-as-nice flats. Well truth be told: No one ever loves to be stressed; not even in the ityy-bittiest of ways. But how about we see this from an investor’s point of view: The higher the 😉 risk , the higher the reward. This is the part of investing where individuals are urged to step out of their comfort zones in the referred context, and take a leap at a business risk; a calculated business risk.

Now let’s do our own calculation:

In spite of the seemingly bad reputation stamped on high heels; due to the fear of strutting and all of a sudden tumbling in them, some of the most reliable, globally acclaimed health blogs are still very keen at pitching the amazing benefits of wearing them.

Without boring you, here are just a few (actually, the ones I love the most, which I think you’d fancy as well) :

A study conducted by Maria Cerruto, a stiletto fan and urologist at the University of Verona in Italy, which involved measuring electrical activity in the pelvic muscles of 66 women under 50, showed that those who positioned their feet at the equivalent of a two- and-three-quarter inch heel showed up to 15 per cent less electrical activity in their pelvic muscles; in other words, had stronger pelvic muscles, which has long been attributed to heightened sexual pleasure. So if you want…. you know * clears throat *, now you know what to do.. Uhn-hun! 😛

And the craziest of all the advantages of wearing high heels I found, is this one from Cosmopolitan 😎

Heels have an amazing capacity to uplift your outfit from point 5 to a mesmerising 101, literally taking your outfit mainstream! However darl, in spite of all the appealing things listed above, there’s really no hurry. You could begin with the kitten heels if heels aren’t really your thing at the moment, then gradually upgrade to higher heel heights within target periods; say every quarter.

Summary: Love it or not, Christian Louboutin: Le Cordonnier Extra-ordinaire, was absolutely right when he said:

” A woman carries her clothes, but the shoe carries the woman.”

However, please still keep a pair of flats safely tucked in your purse; just in case the calf torture becomes too much to bear 😉

Thanks for the read ladies!

Don’t forget to drop in all your awesome comments.

There are no comments